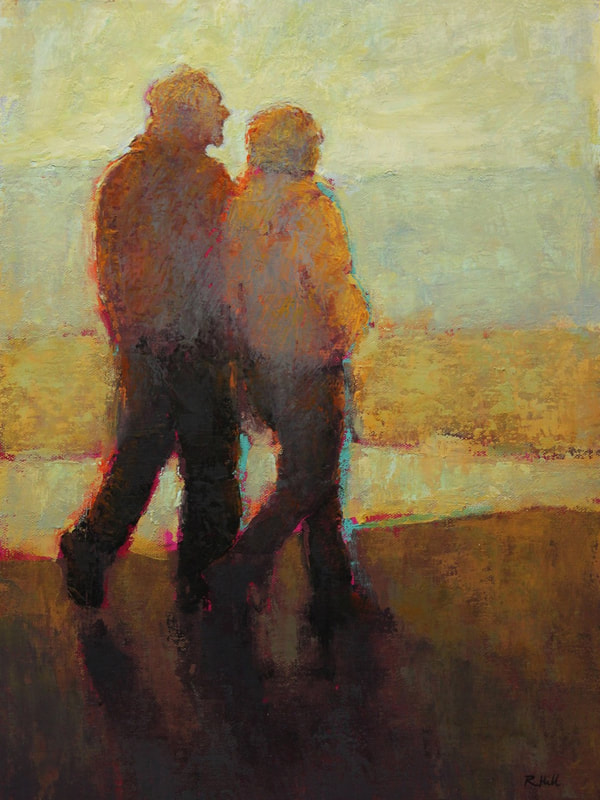 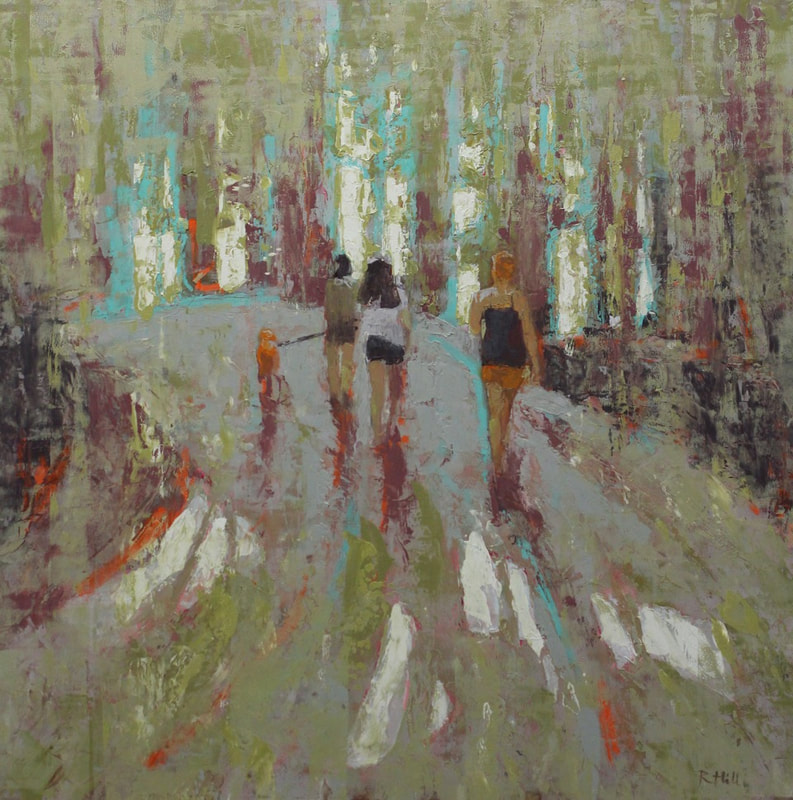 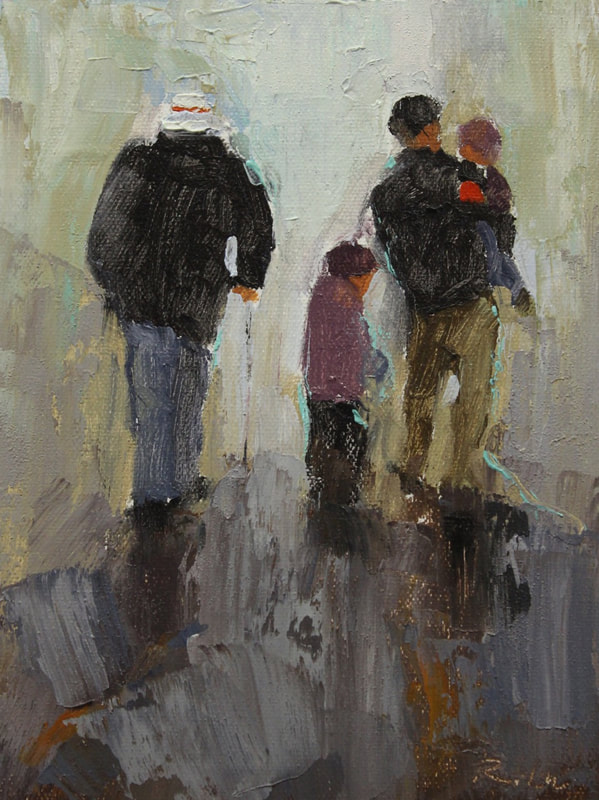 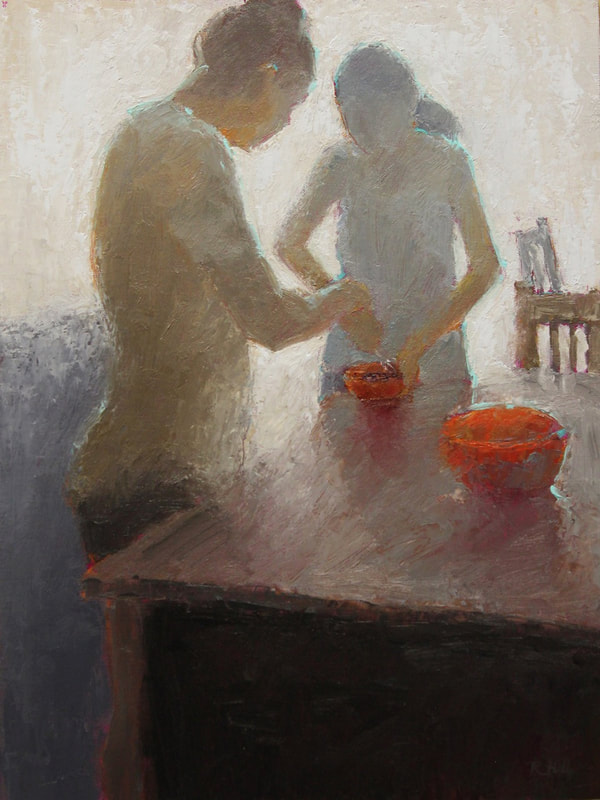 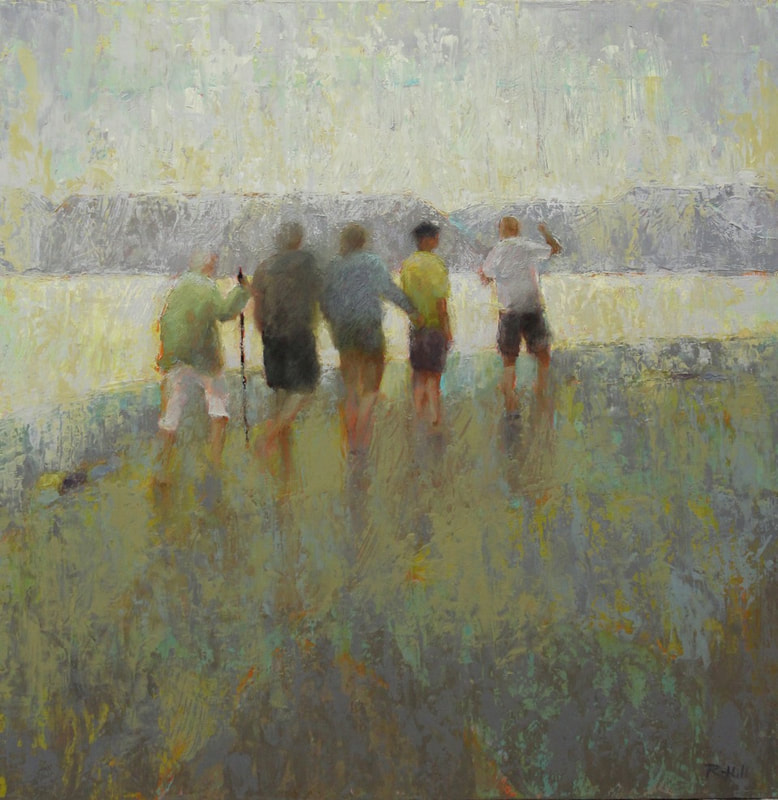 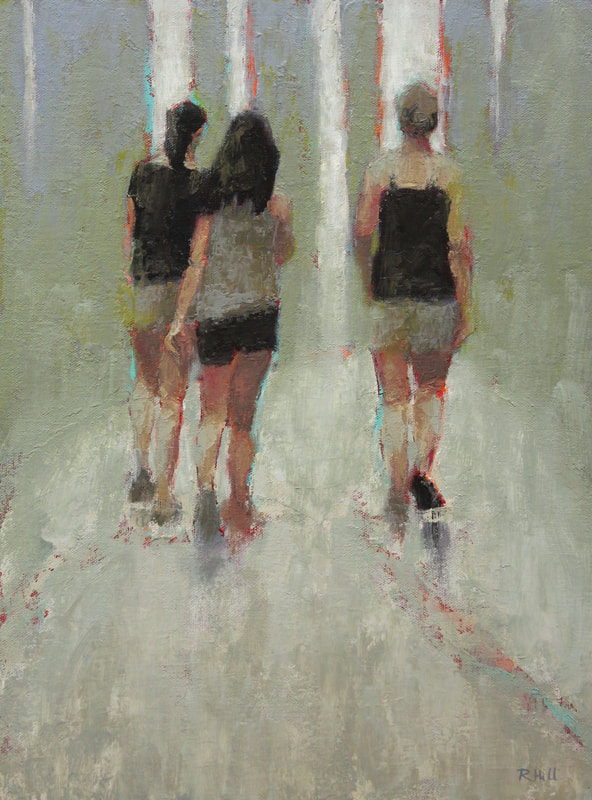 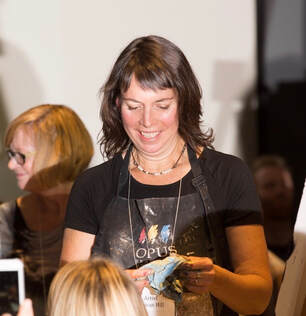 Rowan Hill is a visual artist and educator  working and living in
Canmore, Alberta.
Rowan’s earliest memories are of playing in the woods and drawing. Her love of nature and interest in art led Rowan to Prescott College in Arizona where she studied geography, creative writing and photography. Long hours were spent in the dark room developing her understanding of form and value.  She later pursued a postgraduate Bachelor of Education degree at the University of Calgary. Rowan then settled with her husband in Canmore and took up a paintbrush. Attending a variety of workshops from acclaimed artists fueled her passion for oil painting while she navigated the challenges of raising a family.

As an artist, Rowan is interested in the stories and concepts she sees occurring in everyday life. She is motivated by form, value and colour. Though the painting may start in the realm of representational art, Rowan enjoys exploring the abstract and impressionist elements as well.

“At the end of the day, I hope to share a personal sentiment that the viewer can relate to and see elements
of their own story within.”

As an art educator, Rowan seeks to balance her students’ skill building and knowledge acquisition with their development of individual creativity and vision. She finds the students’ enthusiasm contagious and feels
privileged to be part of their journey.

As a member of the Oil Painters of America and a signature member of the Federation of Canadian Artists, Rowan has participated in numerous group and juried shows. She is also a member of CSEA,
Canadian Society for Education through Art.

November 2012:
‘Journey’ juried into the Federation of Canadian Artists ‘Spilsbury Medal Show’ to be held at the Federation Gallery on Granville Island, Vancouver, BC

August 2012:
My painting ‘Transformation’ was juried into the Oil Painters of America Western Regional Exhibition! I am so excited and honoured.

November 2009
Featured in ‘Emerging Artists, 21 Over 31’ with Southwest Art Magazine