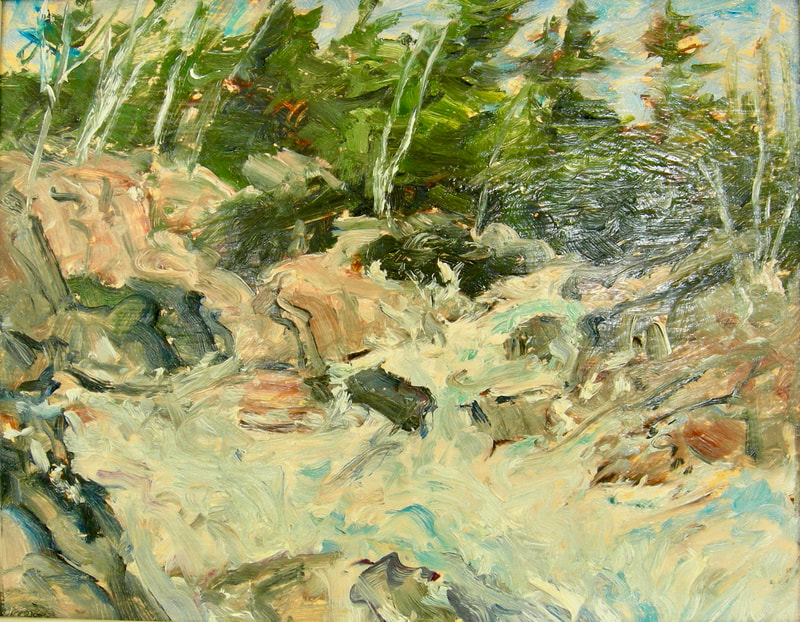 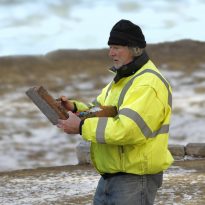 Bruce Steinhoff was born in 1957 in Simcoe, Ontario. Bruce began to show an aptitude for art at the age of seven, drawing likenesses of his friends. Today he is a recognized professional, whose brilliant colours and vivid northern Ontario landscapes are hanging in some of the most prestigious galleries in Canada, as well as photographed in the magazines Chatelaine and Canadian Country Home.

Bruce began painting seriously in 1976. Though primarily self taught, he has spent time studying at Port Dover Composite School and under renowned Canadian artist Carl Schaefer.
Bruce Steinhoff is an established painter of the Canadian landscape in the tradition of the Group of Seven. His active brushwork conveys a sense of spontaneity and gives his paintings a dazzling painterly quality. Over his 42-year career, Steinhoff has been featured in numerous solo and group exhibitions.


For years he made several trips to the Pointe au Baril, Georgian Bay and Moon Bay areas, often painting on site and occasionally taking colour photographs back to his studio to study. He also enjoyed exploring the world on his bicycle and in 1999 he cycled form Lisbon to Nice via the north coast of Spain and the south of France. In 2000 he completed a five-month/ 8,000 km trip from Norway to Istanbul. He is currently living near Port Dover, Ontario.